14:14: The #HusbandHustle and the incredible Funmi Reese

Last Friday 7:30am, my dear friend Funmi sauntered into the office, flopped into her desk space, and flashed a gobsmackingly huge shimmering rock in my face, with a toothy grin that declared: ‘Mission accomplished!’ And I concluded with earnest awe, never to doubt a black woman on a mission.

Three months ago, about 9:45pm, just before heading home, and after slaving her twenty-ninth birthday away amidst frustrating spreadsheets and financial reports, Funmi had calmly said to me. ‘T.Notes, I’m ready for an upgrade’. She dragged my chair into her own work area and within ten minutes, drafted out an insane life-planner with the end product of acquiring a boyfriend within one month, getting engaged within three months, and getting married before the end of this year, 2014.Ambitious much?

Now, my friend Funmi is an incredible person. She is super smart; she’s an amazing office-space buddy and she is also super nerdy. That is why we get along. Funmi’s head holds daily updates of interest rates across trading hubs in five major cities - that is how bad Funmi is. But I will be honest, that’s all I saw Funmi as - my super-reliable desk mate with the brains of a financial encyclopaedia. So, as far as I was concerned, unless all of the hosts of heaven had some curious interest in the need for Funmi to get hitched within three months…I only indulged her life-planner that day out of friendly courtesy. So I said a cheerful but very casual amen to her lofty ambitions.

In fact, I remember going home that night with a brief thought of how annoying the odds must be for someone like Funmi. Knowing that she deserved the best, yet would have to do battle against the odds in a world that had become a crazed man-hunt with contenders that were clearly above her league. I have female friends and family who are typically everything a sensible man would want in a woman, but for some reason none was biting. I ruefully thought to myself, ‘Join the boat hun.’ And that’s before even considering the twerkers and the red nose’rs doing critical damage to the righteous expectations of a normal man. I wished Funmi well, with a lot of scepticism.

But I started to doubt my own cynicism when Funmi showed up to work on the Monday morning and Guhua spilled coffee all over his desk. It was like Funmi had crawled away into her financial spreadsheets that last Friday night, and had somehow morphed into this…this…somebody that made our very religious Guhua completely loose his composure that morning. Funmi had ditched the usual flat soles for 6inch high-heeled, patent-black striking boots that demanded attention with every step she took. It appeared that something must have also gone wrong…or very right, with her dry-cleaning, because somehow her regular skirts span had shrunk to such lengths that reminded me of my grandmother’s fervent declarations of Psalms 24 - lift up your heads on ye gates, oh be lifted up ye ancient doors!

Hold on sef! For emphasis, let’s do that properly like how momma used to do it. E gbe ori yin soke, eyin enu-ona. Ki a si gbe yin soke eyin ileku aye-raye. Come on!!! Ok, I did a quick google scroll. But you get the point. And so whilst Guhua had been rendered to fumbling attempts to unglue his eyes from Funmi’s very distracting and revealing thighs, I maintained a more distinguished focus on Funmi’s hair which was now all glossy and bouncy like some Coco-sheen commercial. And her low neckline shoulder-stringed camisole with transparent detail…no one should even be dressed like that in a professional environment. In summary, Funmi was not joking around.

Funmi is a case study, because I entirely agreed that her transformation had caused her intended ripple, or tidal wave to be precise. Her work space suddenly got very busy from that Monday. By midday, her outlook calendar was booked full with raunchy old men suddenly needing to have one-to-one solo meetings with her. It was all very…unbelievable. This was afterall, Funmi, nerdy encyclopaedia Funmi! So l stepped in to do the rightful big-brotherly job of pointing out to her that she was going about things the wrong way! *All wrong, wrong, wrong*! I gathered all my wisdom together and gave her a sharp lecture about how the sorts of men taking this sudden interest in her were clearly only interested in her…external motivations. *All wrong, wrong, wrong, I said to her*! Because there was certainly a whole lot more to Funmi than an easy pair of distracting cleavage. I told her she was selling herself short! She listened to me quietly, then calmly told me to shut up, mind my business and face my Quants.

To sum things up, this is how the things went down. I quickly lost my good ole lunch buddy. *Wrong, wrong, wrong*! I soon stopped asking if Funmi was free for our good lazy lunches at the local jazz hole. On Mondays, Funmi was meeting up with some random James, Kunle or Otis. On Tuesdays, her whatsapp was already buzzing by 11:30; on Wednesdays, she was receiving confirmations for table for two dinner bookings. Random strangers were now chatting her up on the tubes and exchanging digits…and such was the life. And all of this happened within a couple of weeks. The transformation was otherworldly but the #husbandhustle was real, and I almost started to detest this very intentional stranger.

But they say the end justifies the means yeah? And that’s how Funmi has always been. She’s a go-getter, a strategist, an unyielding hothead. Funmi is the kind of analyst who presents a single view recommendation, unlike the rest of us mortals who provide options 1,2,3 and 4 and try to convince the world that either option 1...or...2 may be the best option. But not Funmi. Funmi does her research, aligns her steps towards her intentions and gets the singular result she was after from the very beginning. #NoWastingTime. But that’s always been all good and dandy from the professional stand-point. You shouldn’t approach serious matters such as marriage like any other Funmi-firebrand project, right yeah?! Or, why not?

But last Friday, I watched my hot-head friend settle into her desk, with that massive engagement ring literally blinding me as she calmly refreshed her previous life-planner and started re-working it into a wedding plan. I do not get it. But nonetheless, I take back my previously ignorant words and bite my own tongue here to publicly acknowledge that people like Funmi, are beyond any doubt, simply legends. Yes, there i said it. Satisfied?

All that said, my blog review for this month is the incredible Funmi Reese, whom you should zippy over to check out her page, particularly if you might be interested in the full details of how to snag an engagement ring in three months. Here is my subtle disclaimer. Given that Funmi is quite a popular name, if you happen to know the one I have referred to here, and she stylishly denies your questions, just wink three times and tell her T.Notes sent you.

*P.S: This is a long post, so I have not done my edit due-diligence, so excuse any errors. I am not likely to be correcting them any time soon. Lol!*

This post is wrong on many levels - I know.

I was having lunch today with two other Nigerian mates,
And conversations briefly veered into @sugarbelly's mildly controversial tweet.
The one about the minimum take-home she would consider from a man living and working in Nig, (in view of the costs of living in Nig).

So we decided a do a simple exercise.
We worked out the minimum monthly pay on that lunch table,
Whipped out a calculator, converted it to Naira and compared the result to the 'controversial' amount being tweeted about.

Somebody on the table coughed.
Another person asked me to pass the ketchup,
Then we moved on to talk about the weather.

In a different life... 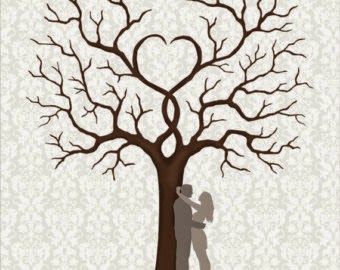 He knew that this day would come. They had discussed it countless times, yet it seemed now that none of all that rehearsal prepared him for the pain that was searing through his heart. She had promised to find his eyes amongst the congregation and pitch a smile his way, just to let him know that she remembered his pain, and was feeling the same too. But her eyes were all lit up and focused only on the man who held her into a warm embrace…and kissed her...with such tenderness.

The congregation cheered as the priest announced the newly married couple. But he didn’t clap; instead he stretched out slightly, so she could catch his eyes, and smile at him. She didn’t. She didn't...and the palpitations in his heart seemed to drown out everything else, as the stark reality of the events unfolding finally struck hard. His hand found its way involuntarily to clutch at the dulling ache in his chest.

“Are you ok dear?” His own wife who stood next to him, enquired with concern.

He stifled the wretched lump in his throat, dropped his hand and lied, “Yes…yes love. I’m fine.”