This post has been archived.
Posted by T.Notes at 3:58 PM 10 comments:

Frank Sinatra, a night full of kisses, and please do not step on my toes!!!

It was going to be a freezing night as usual, but i’d insisted she wear the short sunny yellow skirt that arrived her door post by M&S delivery. She’d called immediately squealing that she absolutely absolutely loved it - but there was no way she was putting it on until the first glimpses of spring came through. We had a giggly argument, you know the kind that Lauren Graham and Alexis Bledel have killed us with every Friday night on the WB for the past 5years running the Gilmore girls TV series. I won this time; the suspense wove its magic into her usual obstinate self. Haha!

Three hours later, i was in the taxi underneath her window and calling her for the uptenth time. “If you do not show up in a minute, i am i am....speechless!” The skirt fitted perfectly, showing off her long slim legs and begging you to hike it up further for a peek-a-boo. She struck a playful pose by the doorway. The taxi driver spoilt the magic of the moment by honking and beckoning at the meter which had been running the past ten minutes. She hurried into the car. I planted the first kiss.

“I have a presentation tomorrow which i haven’t completed; i’m not prepared for the strategy test next week; we’d better be back home before ten pm, or else...”The second kiss, this time longer, ate up whatever was to become of her harmless threat. Gosh, gotta love those lips.

“Tonight..”I concluded for her, “...Business school has a date with the toilet cistern, and the two of us...well you’ll find out.”

I really really am not much of a romantic, but creative T.Notes can do. So it didn’t take much yesterday when browsing online to get the feeling i needed to recreate for a fun romantic and cheap sort of getaway night! And all i’d need was Frank Sinatra, a hundred kisses distributed through the night and little bit of feet shuffling. Well that last bit would be difficult, but i figured i could easily wangle my way through it. Just watch me. Cha Cha cha. Who said your naija brother cannot dance?!

So we got dropped off at a local costa coffe on Dale end.
“Coffee?!”She shrieked with obvious disprove. “We could have done that at home-close to the central heating!”
The third kiss! You see, one thing about making a date memorable is to maintain a consistency in a particular doing. Mine for tonight was the kisses, kiss her a gazillion times all through the night. Nothing sexual, just playful. On the lip, on the check, on the forehead, and whenever it started to heat up, tap your feet and allow the music flicker you away. And kisses, that was not going to cost me a dime! Haha.

Danielle met us by the doorway. “Hi T.N. This way please.” She urshered us in. Yz raised a suspicious eyebrow as we made our way through the usual coffee congregation, through a backroom, and into a wide wooden plated dancing room. Red translucent light shimmered frequently all about the place. Another note on memorability. Look for a venue that has a particular something that you do not see everyday.

“Awww...a dance class?” She inquired with that kind of childish enthusiasm that set off a fit of content laughter.
“Nope. A Frank Sinatra dance class.” And the music hit off, “I’ve got you under my skin...” And my feet found life of their own as i managed to mimic that Sinatra signature finger tapping whilst notioning, ‘watch the magic feet now.' 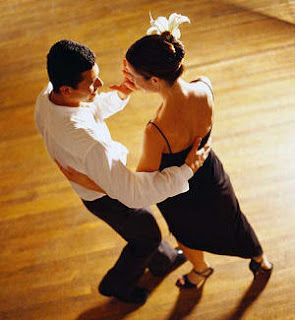 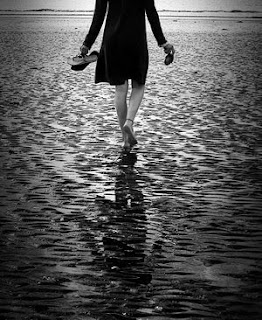 Alot of times last term as i struggled hard with the rigours of running a purely technical masters degree,i often wondered,"T,what have you gotten yourself into again?But i wanted to; i need(ed) to proof somehow someway that i can close this deal; that i know this stuff, and i'm not only-as i have never failed to reconsider myself- just a freaking quack who's been lucky all over the place".Back home in the working professional terrain,i'd also often quietly shake my head at myself and mutter,"you do know that someday, they'll discover that you trully do not know anything,don't you!".I still don't consider myself a genius.I struggle way too hard. And so,you can imagine how many nightmares i've had waiting for this day to come. The first set of results. As in,literally,i had nightmares.

The mail came in to all M.Sc students yesterday.Informing us that by 12pm,our results would be loaded onto the portal. They warned that often the school system crashes around that time due to the number of students all logging in at the exact same time. (Go figure).We had a lecture in Adv.Finance Theory and Practice that was to span from 9.30am to 12.30pm. Most students did not show up. I don't know how i managed through the hours, but as with the few of us who braved it, by the time the minutes was nearing 12pm, nobody was with the lecturer anymore who was blabbing complex graphs and theories all to himself. Sauvy phones and 4g gadgets started rearing their heads as everyone started frantic efforts to logg into the results portal.(I tell you, i'm getting too old for this kind of anxiety). My class is very competitive. 80% smart ass asian folks,a number of indians,only a handful of proper british,one ameriacn,some other mixes,one Tanzanian girl,one ghanian girl,and me the only black naija dude.

My laptop was in my bagpack;i fingered it ever so often,but i was going to feign cool till the end of the class.I took down furtive notes till my pen broke under the pressure,pretended to be listening hard,whilst within my heart was palpitating as every other second,somebody next to me would finally enter the online portal,sight his results and let out a muffled gasp. One particular girl's eyes went wild as she stared into whatever feedback the 4g gadget finally gave to her. I couldnt take it anymore when finally one girl let out a shriek. The lecturer frowned,but he knew what was going on, so he persisted with his theories even louder. I pulled out the laptop,pretended to be cool,calm,collected,and laid it gently on my laps. Whatever may come,i would take it like a man. The laptop booted fast (oh,the repairs so far has been hi-tech sw-sweet!),the portal wouldnt open, the systems were jammed. F/*K!My hands were trembling; i pocketed them. I could spoil my built up swagger now,could i?!The lecturer announced he was done. FINALLY! The class emptied in seconds-people streaming fast to the computer labs. I waited behind till everybody was gone.I rebooted the system....my results finally downloaded into a PDF with the summary beneath:

The overall progression decision for MSc in Finance and Investments in Term 1 is:
PROCEED - All modules passed at the required standard

*Sigh* I am tired right now. I'm not sure my exact feeling...grateful certainly, but mostly worn out! ...must you know details?!!!Let's just say,as always,God was partial to me,and i did not refuse his overexuberance.

I just want to be quiet right now; so i've retreated to my room.Somebody mentioned to go celebrate,but i'm not up to that. Moreso,some of my folks didnt do too well/as well.

Term2: Advanced Financial Econometrics, Technical Trading, Valuations of InvestmentsII,Advanced Finance Theory&Practice,Dissertation kick off. I still wonder what i'm doing, and still shake my head and mutter,jeez,if we can get through this, if we can just get through this...we will get through this.
I admitt that it's really all snatzy stuff-the modules,and the stuff they teach is out of this world. Coming from my "darker world",as i have concluded finance to be back home,it's like jet age stuff. Complex derivatives,options,and hi-tech financial instrument type jargons. It all would be cool if i seriously really was a genius like the rest of them. But oh well...fake it till we make it...or faith it till you make it. Either ways,make it.

The problem with a distinction is the pressure. It's like a gold coin dangled enviously before you. And once you've tasted of its possibility; you want to see it through to the end.The Quiet is....Thank you God.